The term ‘herb’ has had many different definitions over the centuries.

At one time, a herb was a grass or leafy plant used as a green crop. The term has also been used to describe any plant that does not have a persistent woody growth, but dies down to ground level in winter (nowadays we call this a ‘herbaceous plant’), however this is not appropriate as it excludes some of the most common shrubby herbs we have nowadays such as rosemary, lavender and thyme. 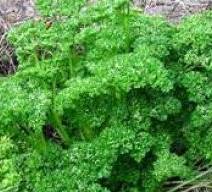 A generally accepted definition of a herb today is any plant or some part of a plant which can be used for food, flavouring, medicine or food.  Culinary use typically distinguishes herbs as referring to the leafy green parts of a plant (either fresh or dried), from a “spice”, a product from another part of the plant (usually dried), including seeds, berries, bark, roots and fruits.

Herbs have a variety of uses including culinary, medicinal, and in some cases spiritual usage. General usage of the term “herb” differs between culinary and medicinal herbs. In medicinal or spiritual use any of the parts of the plant might be considered “herbs”, including leaves, roots, flowers, seeds, resin, root bark, inner bark, berries and sometimes the fruit or other portions of the plant.

This wide category of herbs includes trees, shrubs, woody stemmed perennials, herbaceous perennials, annuals and even some ferns and fungi.

Herbs have been used for their many properties including healing, for many centuries. They were widely used by the Romans and the Ancient Greeks, and references show they were used by the Ancient Egyptians up to 5000 years ago.